My current MIDI controller has a Mini-USB connector. This has to be one of the worst possible features of the device.  I was facing a lot of garbage data and MIDI dropouts recently and it all came down to faulty contacts caused by this connector. 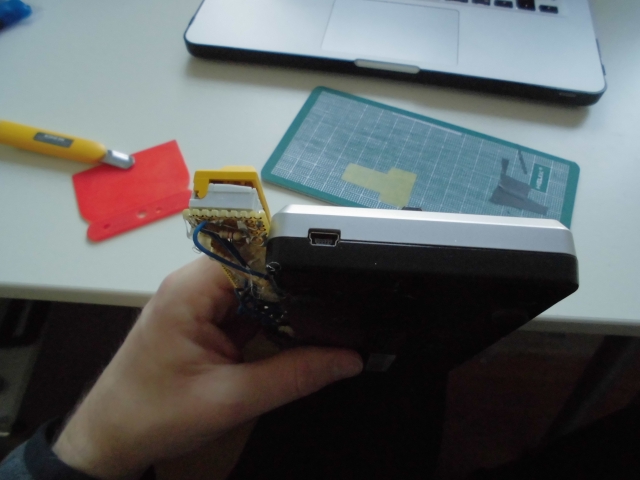 Even worse: the connector is attached on the left side of the device, drastically increasing the possibility of ripping it off unintentionally.

I already thought about attaching another type of USB connctor when I hacked the controller itself but somehow I forgot about it (or was too lazy or …).

Anyways… the problems I had were big enough  and I wanted to test this kind of hack for quite a long time so it’s finally enough to start thinking about it:

If you look very closely you see that there are 5 spring-loaded contacts inside a female Mini-USB connector. Right below every contact is a small hole. I guess that’s where the contact is stuffed into the plastic. My plan was to use these holes with a very thin wire so the wires would touch the contacts ‘from below’. In order to keep the wires from falling out I wanted to apply some pressure to the contacts via a thin piece of plastic.

I had this one lying around and it turned out to have just the correct thickness. Only needed to cut a bit out of it. 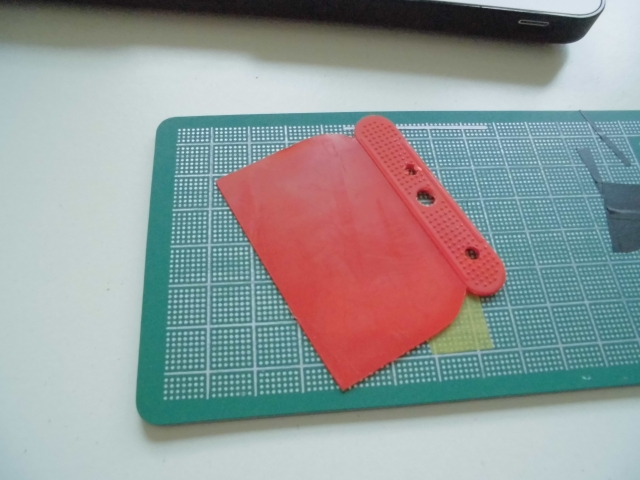 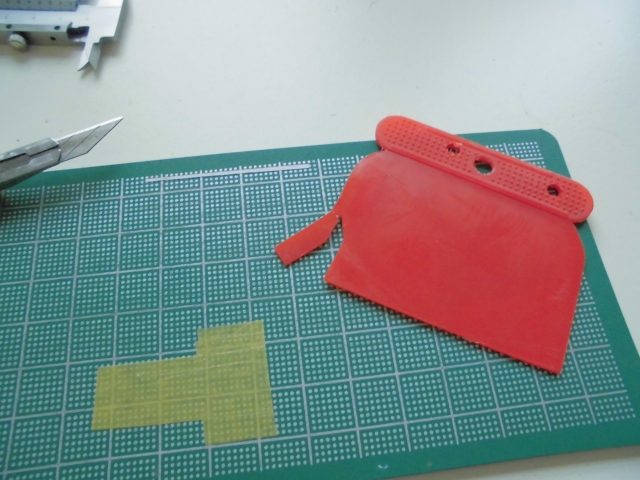 Here it all comes together (you only need 4 of the 5 contacts):

The wires are held in place surprisingly well so I built a small breakout-board with a somewhat sturdy USB B-Type connector: 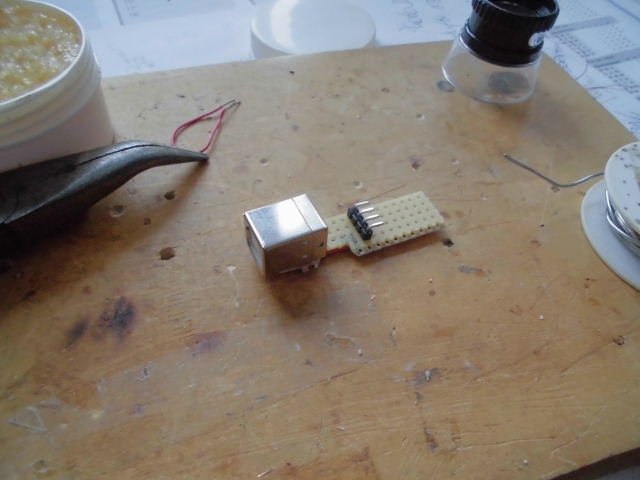 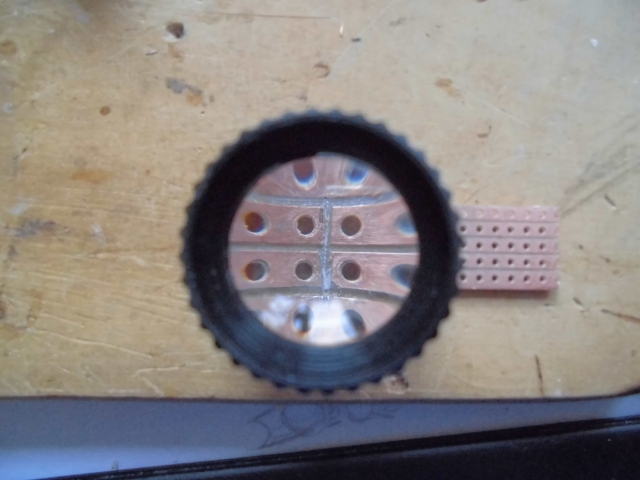 Don’t forget to cut the coppertraces so the shield is not shortenend with any of the 4 pins. Of course I forgot that and only realized it after applying the first ton of hotglue … 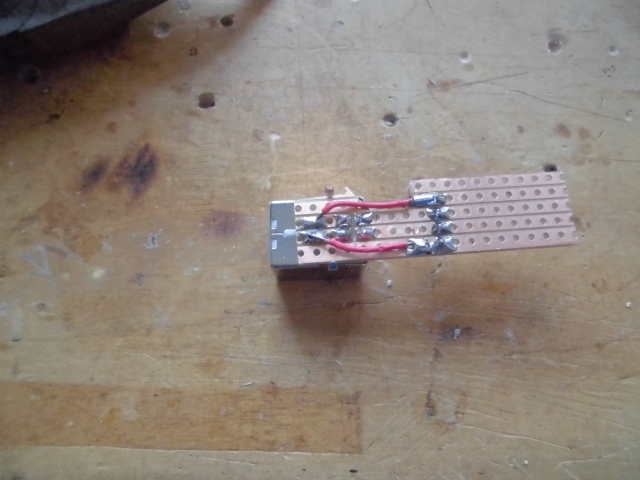 The board is attached to the side of the controller using hotglue, the wires are soldered to the corresponding pins. The wire itself is insulated by a clear coating which gets off as soon as you start soldering. As long as you don’t torture them too much there is no problem with shortcuts caused by touching wires. 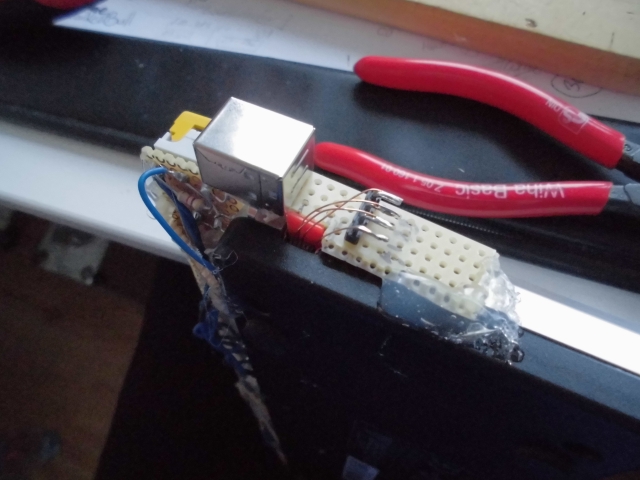 After i made sure everything is working fine I attached … slightly … more hotglue to make it ready for some rough handling: 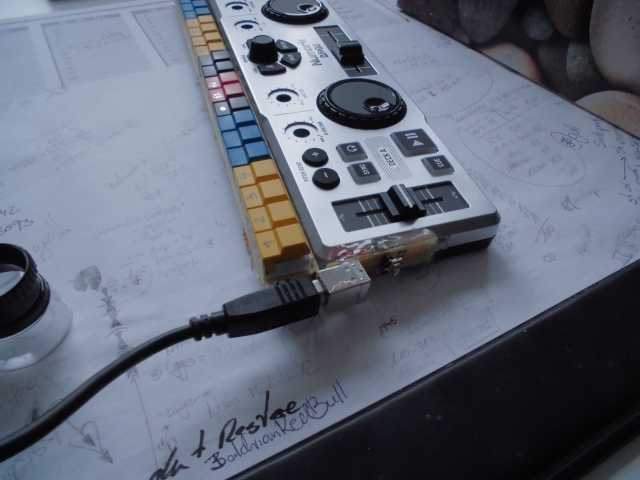 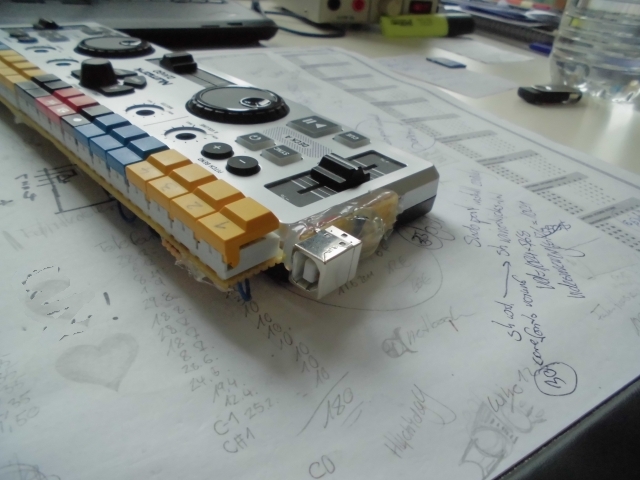 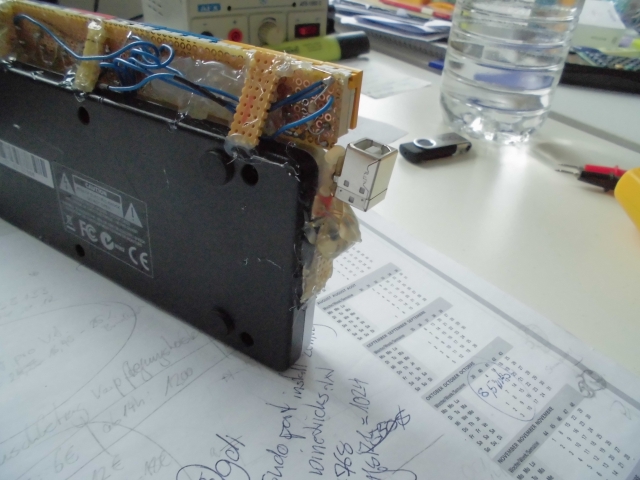 Looks fine, doesn’t it? I am not facing any faulty data or dropouts anymore, the connector is sturdy as hell and it is now pointing to/ from the back side of the device making it less prone to accidental pull-outs. Furthermore I now have to carry only one kind of USB cable with me whenever I’m out making music. 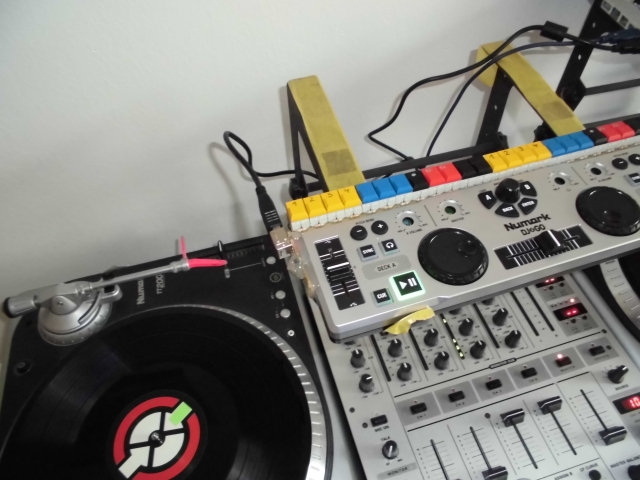